Poesie in inglese per la Mamma 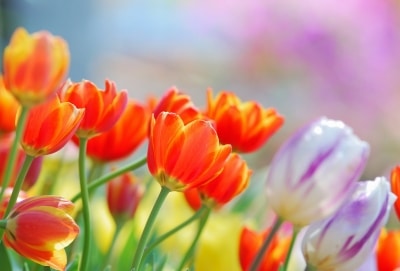 Nature the gentlest mother is,

Impatient of no child,

The feeblest of the waywardest.

In forest and the hill

By traveller be heard,

Or too impetuous bird.

How fair her conversation

Her household her assembly;

And when the sun go down,

Her voice among the aisles

Of the minutest cricket,

The most unworthy flower.

When all the children sleep,

She turns as long away

As will suffice tolight her lamps,

Then bending from the sky

Her golden finger on her lip,

If I were damned of body and soul,
I know whose prayers would make me whole,
Mother o’ mine, O mother o’ mine!

Because I feel that, in the Heavens above,
The angels, whispering to one another,
Can find, among their burning terms of love,
None so devotional as that of “Mother,”
Therefore by that dear name I long have called you-
You who are more than mother unto me,
And fill my heart of hearts, where Death installed you
In setting my Virginia’s spirit free.
My mother- my own mother, who died early,
Was but the mother of myself; but you
Are mother to the one I loved so dearly,
And thus are dearer than the mother I knew
By that infinity with which my wife
Was dearer to my soul than its soul-life.